For Employers and Employees

The Employment Tribunals are independent judicial bodies who determine disputes between employers and employees over employment rights. In Scotland, they are heard in Glasgow, Aberdeen, Edinburgh and Dundee, with Glasgow dealing with the majority. 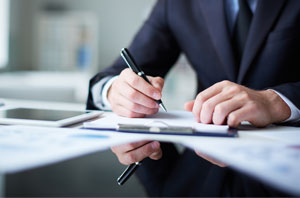 We offer fixed rate employment tribunal representation packages so you know exactly how much you will pay at the outset. For more information, fill out our online enquiry form or contact us on 0141 552 9193 .

Although in Scotland claims for breach of contract can also be pursued in the Sheriff Court or the Court of Session, most employees seeking to enforce an employment right choose to make use of the Tribunal system, which does not charge fees.

Formerly known as Industrial Tribunals, they were originally envisaged as an alternative to courts in which workplace disputes could be resolved with the benefit of experienced managers and employees. Although they remain less formal than courts in their procedures, the range of claims dealt with and the applicable laws are more complex than ever before. For that reason, the Tribunal panels of three which hear most cases have a legally-qualified Judge chairing them, along with two members of industry.

Unfair dismissal claims remain the most common but the Tribunals also deal with equal pay, unlawful deductions from wages, redundancy pay, and discrimination through either sex, race, disability, age or sexual orientation.

Awards made by the tribunal depend on the type of award. For unfair dismissal, this tends to reflect the wage lost between the date of the dismissal and the hearing. However, for discrimination, an award can also be made for injury to feelings which can fall between £5,000 – £25,000.

The Glasgow Law Practice provide specialist employment law advice. We have considerable experience in acting for both employers and employees in employment tribunals held in Glasgow and elsewhere.

Call us today on 0141 552 9193 , use our online enquiry form opposite or call into one of our offices. There’s no obligation. Our employment solicitors will respond to your queries quickly and confidentially.

Employment Tribunal Claims in Scotland: What You Need To Know

The Glasgow Law Practice has specialised for the past five years in advising those who bring claims or have claims brought against them at the Employment Tribunal in Scotland. The Tribunal rules have changed substantially over the past 12 months. Senior Solicitor Stephen Smith explains what you need to know now:

WHAT TYPE OF CLAIMS ARE THERE?

The Employment Tribunal is the only place where claims of unfair dismissal, redundancy, discrimination, and breaches of the rules on TUPE and the Working Time Regulations can be brought. Other types of cases, such as breach of contract or failure to pay wages, can also be brought in the Sheriff Court, where the fees to be paid are now much lower than in the Tribunal.

WHEN DO I NEED TO ACT?

The last day for lodging a claim is usually three months less a day, from the day when the event you wish to complain about took place. This can be the date of dismissal, when discrimination took place, or when wages were not paid. The time can be extended but only in exceptional cases, and generally representation will be hard to obtain if you leave it until too close to the "timebar". (The same timescale doesn't apply in the Sheriff Court, which allows five years).

HOW EASY IS IT?

When Employment Tribunals were introduced in 1964, as Industrial Tribunals, there was no change for claims, as the aim was to provide an informal, quick and cheap means of resolving workplace disputes. That's far from the case now, with substantial fees being introduced in 2013 for bringing a claim, and in 2014 "conciliation" being made compulsory.

CAN I DO IT ALL MYSELF?

Claims can be lodged online or by post without legal representation, so long as there has been contact made first with the Government's conciliation service Acas, and payment via a credit or debit card of a fee at the same time. If you have a low income, you should not have to pay a fee, but you will need to complete additional paperwork well in advance of the timebar (details below).

HOW DOES CONCILIATION WORK?

ACAS (the Advisory, Conciliation and Arbitration Service) is a service offered by the Government to oversee discussions between employers and employees about resolving their differences. They need to be contacted in writing, in advance, and will then contact the employer. If the discussions bear fruit, this is usually reflected through a legally-binding agreement known as a COT3, or else a Settlement Agreement.

WHAT DOES SETTLEMENT INVOLVE?

It usually involves the employer making a payment, and the employee agreeing in return not to proceed with a claim. It can also involve wording being agreed of a reference, and often both sides agree that nothing derogatory will be said about the other. The employer should meet the cost of the Settlement Agreement.

WHAT IF A CLAIM IS BEING BROUGHT AGAINST ME OR MY COMPANY?

Employers are encouraged to speak to Acas about conciliation, but there's no penalty if they don't take up this option. There is no fee for an employer to defend a claim, but the introduction of Tribunal fees will undoubtedly add to what's at stake financially in any claim.

WHY WERE TRIBUNAL FEES BROUGHT IN?

The Government's stated aim when introducing the fees in 2013 was to transfer the cost of the Tribunals to those who use them, and to encourage mediation and early settlement. However, there has been criticism of the fact that employers don't pay any fees, as this may actually discourage mediation, as the employer has nothing to lose by delaying.

DO ALL CLAIMANTS HAVE TO PAY?

A scheme has been introduced to subsidise all or part of the Tribunal fees for claims by those on a low income. This requires a Form EX160A to be completed, and bank statements and wageslips being forwarded to the Tribunal by mail before any claim can be accepted as being in time.

HOW DOES THIS AFFECT THE TIMEBAR?

The Tribunal will only accept valid claims made within three months less a day – that means there is a risk any delays in the remission application process could have a knock-on delay and take claim out of time. Although all applications should be responded to in five days, in many cases these are being rejected as incomplete, resulting in delays once these going back and forth through the post of much longer.

If you qualify for certain benefits (such as JSA and ESA), there will not be any at all, as you will qualify for "full remission." If you qualify for other benefits or are on a low income, you only pay a share. If you don't qualify for remission, you have to pay initially £160 for a simple wages or contract case, or £250 for more involved cases like unfair dismissal or discrimination.

WHAT IF I AM WORKING OR MY PARTNER IS?

HOW LONG DO I HAVE TO APPLY?

All of this requires to be resolved before your claim is accepted by the Tribunal, so within the usual three months. The employer then has around a month to provide a response, but there is no fee for this. After around two months, the Employment Tribunal will ask you to either provide updated benefit and income information again, or pay a "hearing fee" of either £230 (simple cases) or £950 (more complex ones).

WHAT IF I RUN OUT OF MONEY AFTER I BRING A CLAIM?

If something happens which seriously affects your ability to pay the fee, you can make an application for "fee remission." Exceptional circumstances include not being able to pay rent or mortgage, where you are threatened with legal action due to other debts, or losses suffered because of fire, flood or theft.

WHAT ABOUT THE EMPLOYER?

The employer doesn't have to pay any fees (unless the employer counter-sues.) At any stage, they can either decide to make an offer to settle "out of court" before the hearing, or the hearing goes ahead and they risk the claim being upheld, and the Tribunal making an award against them.

WILL THE FEES BE REIMBURSED?

Only if you can produce information that you should not have been charged a fee, for example because of your income. This can be done retrospectively, but only within three months of when the fee was paid.

WHAT IF I WIN?

The Tribunal has the authority to add the fees onto an award it makes against the employer, but they will not reimburse these from the Tribunal coffers, just because the claim was successful. Instead, the money should be paid by the employer, within six weeks of the case being decided.

WILL THE TRIBUNAL HELP ME RECOVER THE MONEY?

The award by the Tribunal has the same legal effect as a Sheriff Court Decree, so can be used to recover money from an employer. However, various steps have to be taken to do so, as the enforcement would potentially be subject to challenge in court. The Tribunal will not assist with this, but we can give advice.

ARE TRIBUNAL FEES GOING TO CHANGE?

A drop of almost 80 per cent in the number of Tribunal claims being lodged in the period after the fees were introduced, compared to the same period a year earlier, has led to concerns that too many genuine claims were being put off by these. The Government has said it would review the level of fees after a legal challenge, but this is unlikely to happen before 2015.

CAN I BRING A CLAIM ANYWHERE ELSE?

Only if your claim is about money not being paid to you, or another form of a breach of contract by your employer, or that your employer's actions have damaged your health. Then you have a right to bring a case in the Sheriff Court. The court fees depend on how much money is at stake, but are generally lower than the Tribunal fees, and can be waived in some cases.

WHO CAN I CONTACT FOR EMPLOYMENT TRIBUNAL CLAIMS ADVICE IN GLASGOW?

The Employment Tribunals Central Office Scotland can be contacted at PO Box 27105,

Call us today on 0141 552 9193 , use our online enquiry form opposite or call into one of our offices. There’s no obligation. Our employment solicitors will respond to your queries quickly and confidentially.