Chat with us, powered by LiveChat

Moving on the Ladder

We Know Your Market

Moving to the East End Area of Glasgow? Our Property Lawyers' Guide

With the vast majority of the Commonwealth venues locations in the city centre focussed around the East End, the regeneration of the area is similar to the improvement seen in Stratford in London’s East End. The area has been transformed and now represents a serious investment opportunity for those looking to buy property in Glasgow.

From the development of new housing, the development of Commonwealth Games sporting venues and better transport links, the East End is flourishing. It is slowly transforming itself into a cultural hub, and an attractive area to stay for young professionals and first-time buyers. 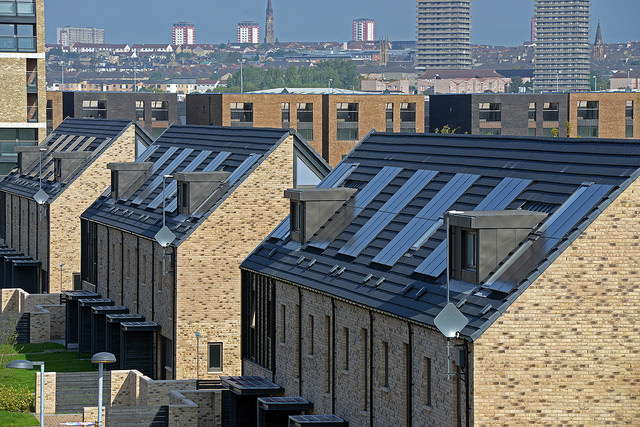 The East End’s regeneration was truly created by the Commonwealth Games, with 2014 making it one of Scotland’s most up-and-coming areas. The development of the Athlete’s Village and a further 1,400 houses around the area has seen property prices rise, with high rise flats being replaced by modern apartments and new housing. Although the East End does not have the benefit of Glasgow’s Subway system, the development of fine road links to the area, such as the creation of the Glasgow East End Regeneration Route (EERR), truly link the East End to the rest of Glasgow.

Indeed, some parts of the East End are now truly unrecognisable from their former self. New houses on London Road come with the view of Celtic Park, which hosted the Games Opening Ceremony, the Emirates Arena and the spectacular Sir Chris Hoy Velodrome.  Areas such as Dalmarnock, Tollcross and Mount Vernon have been redeveloped and with multi-million-pound investments.

The regeneration of Glasgow’s East End has been reflected in the properties for sale with the area clearly being in demand. The vast majority of properties in the Athletes Village, which only went on sale recently, have already been bought or rented, with a new school being developed on the site. However, it is not just the sites of the Games that have benefitted as a result.

One of the more affluent areas of the East End has benefited from the regeneration of the Games, proving that it is not only the less developed areas that benefit from regeneration projects. In the last year properties in the residential area of Mount Vernon have risen by close to £10,000. However the real value for someone looking to live in the area is through rent. Due to the area undergoing a quick makeover but being further away from the city centre and further away from the Games hub, the average rental asking price is significantly lower than numerous areas in Glasgow. The average asking rent in Mount Vernon per calendar month is £539, significantly lower than some areas in Glasgow and indeed in the West End.

Dennistoun is the East End with the best of both worlds. Located near the City Centre and a stone throw from Glasgow’s Merchant City, it provides the ideal location for students, with Strathclyde and other campuses nearby, as well as the city’s nightlife. Similarly to Mount Vernon rent is relatively low in the area, with a two bedroom falling under £600. The are benefitted from regeneration with new offices built, new apartments and an investment in pubs and restaurants in the area. Whilst part of the appeal of the area is that it is relatively close to the city centre; Dennistoun is also it’s own community, with Drygate and other pubs adding to the local scene. In the last year, Dennistoun properties have risen close to £6,000 and prove a perfect investment for young families or those looking to invest in student accommodation.

Click here to read our property lawyers' guide to the main steps involved in purchasing property in Scotland.

The three areas highlighted above show the growing popularity of Glasgow’s East End, and how successful the legacy of the Games have been as well as the regeneration project. If you require advice or are looking to buy a property in Glasgow’s East End, contact us today using our contact form.